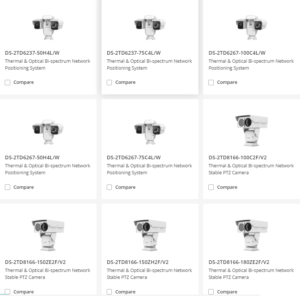 The Sanjiangyuan (“Source of Three Rivers” in Chinese) is an area on the Tibetan Plateau which contains the headwaters of three of the most impressive waterways of Asia: the Yellow, the Yangtze, and the Mekong Rivers. In 2015, the Sanjiangyuan National Park was created as a pilot project for the new national park system of China.

The Hoh Xil region, part of the Sanjiangyuan, is known as “the forbidden zone of life,” with an average altitude of more than 4,000 meters (over 13,000 feet). Nevertheless, there are some 230 species of wild animals living in these harsh environmental conditions, including snow leopards, Tibetan antelopes, wild yaks, and Tibetan wild donkeys. Biologists see it as an important gene bank.

The ecological resilience of Hoh Xil remains extremely weak. Even the slightest disruption would result in an unimaginably long period of repair, possibly taking thousands of years. Therefore, effective protection of the region’s fragile ecosystem has become a concern of authorities, experts, and other stakeholders.

Since 1995, China has gradually strengthened the ecosystem protection in Hoh Xil. Many rangers have devoted themselves to this great job. For example, the rangers must to patrol for many long hours in the area where Tibetan antelopes give birth to their babies from May to July. During this period of every year, different groups of Tibetan antelopes come to Hoh Xil from the Altun Mountains, Qiangtang, and other places. More than that, the rangers also spend large amounts of time on manual observation, trying to find images of Tibetan antelopes from a massive amount of video files.

To more effectively protect the fragile ecosystem, The Hikvision teamed up with the Sanjiangyuan National Park Administration to set up two inspection points in Hoh Xil. A long-distance monitoring system has also been set up to carry out inspections of various ecosystem types, natural landscapes, and wild animals.

Hikvision’s optical & thermal PTZ cameras were installed at the inspection points, equipped with an adjustment technology that ensures both thermal and visible imaging maintain precisely the same view. Through the visible-light zoom lens, the camera scans key areas and monitors wildlife within a range of up to 3 kilometers (1.8 miles). Detection accuracy reaches above 90%, while the intelligent detection, classification, image capture, and warning system enable more convenient patrol for the rangers. Since July 2020, more and more images of the Tibetan antelope’s behaviors have been recorded.

After collecting thousands of images of the animals inhabiting the plateau, Hikvision team processed the data for algorithm training. Using Hikvision’s Open Al Platform, the R&D departments developed the animal recognition algorithms, which were subsequently tested and optimized on-site. When installing and testing the system, the Hikvision engineers were challenged by the high altitude of the inspection points – located over 4,000 meters above sea level. On the roof of the world, they had to confront and overcome extreme weather conditions, hypoxia, and loneliness.

In the next stage, the engineers will use Hikvision’s Open AI Platform to upgrade the monitoring system, enhancing the technological capabilities to safeguard this idyllic place. Exploring the potentials of innovative technologies, they will further improve the solution to create wide-ranging, all-weather monitoring and inspection, as well as intelligent data analysis to help maintain essential biodiversity in Sanjiangyuan.